Queen Elizabeth with her husband Philip in 2003 – Ansa

The UK is mourning the death of Queen Elizabeth II, who has been on the throne for 70 years. Elizabeth Alexandra Mary was born on April 21, 1926 in a building at 17 Bruton Street in Mayfair. She was the eldest daughter of the then Prince Albert, Duke of York, and of Lady Elizabeth Bowes-Lyon, she was the third in line of succession to the throne. It is said that little “Lilibet”, as she was called, was an obedient and conscientious child. The opposite of her sister Margaret, born four years later. Housekeeper Marion Crawford once said: “In front of a sugar cube she would put the little one straight in her mouth while the big one would have placed it gracefully on the table, methodically unwrapped and then eaten”.

She learned to write and read at home, at 145 Piccadilly, where she was also given lessons in French, art, dance, singing and horse riding. Every now and then she was taken around on buses and subways to give her the chance to look at the world outside her. She was ten when Edward VIII took the throne, the uncle who abdicated a few months after his coronation to marry the American actress Wallis. This is how her father, George VI, became king in 1936.

She was 13 when she first met the Prince of Greece and Denmark, Philip Mountbatten, who later became her husband. He was then a cadet of the Royal Naval College in Dartmouth charged with entertaining Elizabeth during a royal visit to the naval school. It was love at first sight. On that occasion she began the correspondence that lasted throughout the war. 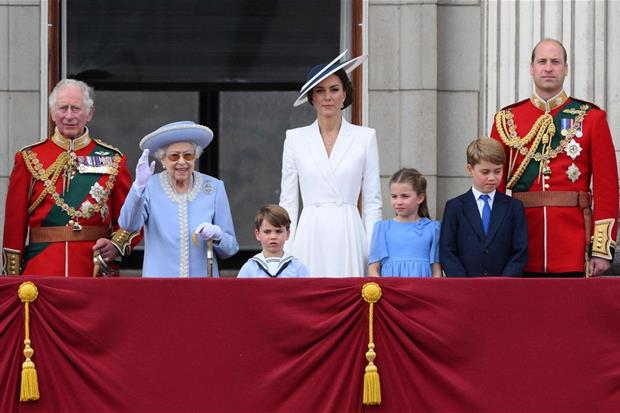 They married in November 1947. The following year Carlo, the eldest son, and, in 1950, Anna was born. Andrea and Edoardo arrived when Elizabeth was already queen. Mother and sovereign of the United Kingdom: nothing heroic, she said in 2018, “that’s what women do”.

The union with Philip, who became Duke of Edinburgh, withstood the challenges of 73 years of living together. One was the shoulder of the other. The photo of the Queen’s withheld tears, alone in St George’s Chapel of Windsor Castle, at her consort’s funeral in April 2021, in the height of the pandemic, moved the world.

She was the grandmother of eight grandchildren and great-grandmother of 12 others. It often happened to see them all together (or almost) right at Balmoral Castle, in the Highlands, a residence that Elizabeth loved very much. And where, perhaps it is not a coincidence, she died.

“It is a place where you can breathe freedom – he explained in a 2012 documentary – you can walk for miles in the tundra without ever meeting anyone”. Few people know that she was a Scottish folk dance enthusiast. She loved, this is known, also horses and corgie, the small dogs of Pembrokeshire, which she always surrounded by when she, at 18, she was given a puppy: Susan.

Elizabeth’s accession to the throne is closely linked to the private pain caused by the death of her father, George VI, whose place she took on the throne. The young princess was on vacation in Kenya when the news reached her. She is told that she, forced to return quickly to London, she waited for her to be given a black dress to wear before getting off the plane. It has been since then that every member of the royal family travels in a dark suit in their suitcase in case of need.

According to some biographers, the monarch also had a good relationship with Princess Diana, whose death 25 years ago put the queen in difficulty, accused of having remained impassive after her untimely death. Andrew Morton quotes a letter in which the “sad princess” wrote that she found in Elizabeth an “unlikely ally at the Palace”, “understanding and helpful”.

In 2002 the queen also lost her devoted younger sister Margaret, who has always been the custodian of her most intimate confidences. The two could hear each other every day on the phone, on a private direct line, if only to say “hello”.