Speaking within the Joe Rogan podcast, Mark Zuckerberg outlined Meta’s policy in the framework of neural chips, underlining that studies in this direction could give a strong push for the development of the Metaverse.

According to the CEO of Meta Mark Zuckerbergin the near future no user would ever rely on a neural interface like the one developed by Neuralink from Elon Musk. “I think normal people in the next 10 or 15 years won’t want to have something installed in their brain for fun,” said Zuckerberg, amusedly pointing out that, at least in his opinion, no one will ever want to be the first to adopt the Neuralink chip. In all of this, however, he stressed the importance of research within a larger framework, adding that there will certainly be an application for people with various disabilities in the near future.

As for the Musk front, Neuralink has not yet started human tests of its neural chip unlike its rival Synchronbut the latest statements from last year refer to a study that could allow quadriplegic subjects to move a cursor on the screen using only the brain. 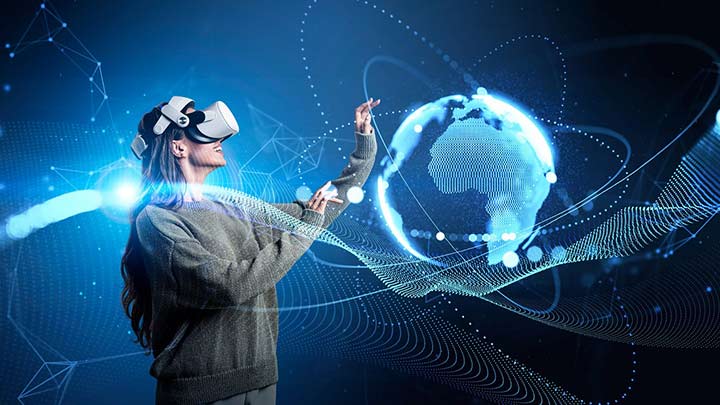 Zuckerberg he then continued the interview by illustrating his company’s strategy to integrate neural technology within the Metaverse, using interfaces connected directly to his virtual reality viewers through wearable sensors in every part of the body, “training” these sensors to interpret a series of movements according to a pattern that the body is not used to. In a nutshell: particular movements that are interpreted by the software as real commands.

“You will be able to have this experience in the future where you are sitting in a meeting and your wife texts you a message…” said Zuckerberg; “… And it shows up in the corner of your glasses and you want to answer but you don’t like the idea of ​​pulling out your phone because it’s a little rude.” Technology at the service of good education.

A vision of the future of Meta strongly opposed to that of Neuralink, at least for the technological approach adopted, little or no invasive compared to the Musk chip, but which could not stand the divergence in the field of possible long-distance applications.