The 200 lire with the inscription Proof are one of the objects of desire of Italian numismatic collectors, and beyond. This coin accompanied the last years of the history of the Lira, being introduced in 1977 and becoming legal tender until the definitive withdrawal of the Lira coins and banknotes between 2001 and 2002.

The coin is certainly famous among those who are at least thirty today, but it may not be known at all by now by a very large number of people represented by the youngest. For this we proceed to the complete description of the coin and the particularity of its trial version, which represents a real numismatic rarity.

The 200 lire coin was introduced in 1977 on the thrust of galloping inflation and Italian economic growth. There was no banknote denomination with this value: there were 100 lire (also soon transformed into money) and 500 lire. Made of Bronzital, an alloy produced precisely for the minting of copper-based coins, its dimensions were 24 millimeters in diameter by 5 grams in weight, and the coin had a striped edge.

The first production in 1977 put almost 16 million copies into circulation (15.9 to be precise), and at the end of production the total sum of 200 lire entered will exceed one and a half billion pieces. The cut was also used for the minting of various commemorative versions. We recall as an example the one for the centenary of the IV section of the Council of State (1990) or the one for the thirtieth anniversary (1999) of the foundation of the Carabinieri Nucleus for the Protection of Cultural Heritage.

The engravings that distinguish it are probably among the simplest in Italian numismatic history. On the obverse there is a head of a woman, symbol of the Republic, looking to the right; here we also find the inscription Repubblica Italiana and the signature of the author Vallucci. On the reverse in the center the nominal value of the coin inserted in a gear, with the thousandth of minting in the exergue and on the left the symbol (R) of the mint of Rome.

Like all other coins, this one also sees the production of variants and minting errors. The most common are a 1978 coin with a “crescent” metal outgrowth under the neck on the obverse; one from 1979 without the engraver’s signature or, and another with a “bald head” portrait due to the weakness of the engraving.

As you can imagine, the trial version was extremely limited. Officially only 884 pieces were minted. Two coins are in the Mint museum, 415 were distributed to the Mint employees themselves, and another 467 were officially destroyed. In reality, following investigations by the Guardia di Finanza, it was determined that the number of specimens is not less than 2000 pieces.

Each of these coins can also be worth up to 800 euros if in uncirculated condition, that is, without any signs of wear. The latest estimates place this coin in an auction base between 700 and 900 euros, and this means that a very interested collector could spend even more than these figures. The value drops to about 500 Euros if it is in Splendid state. 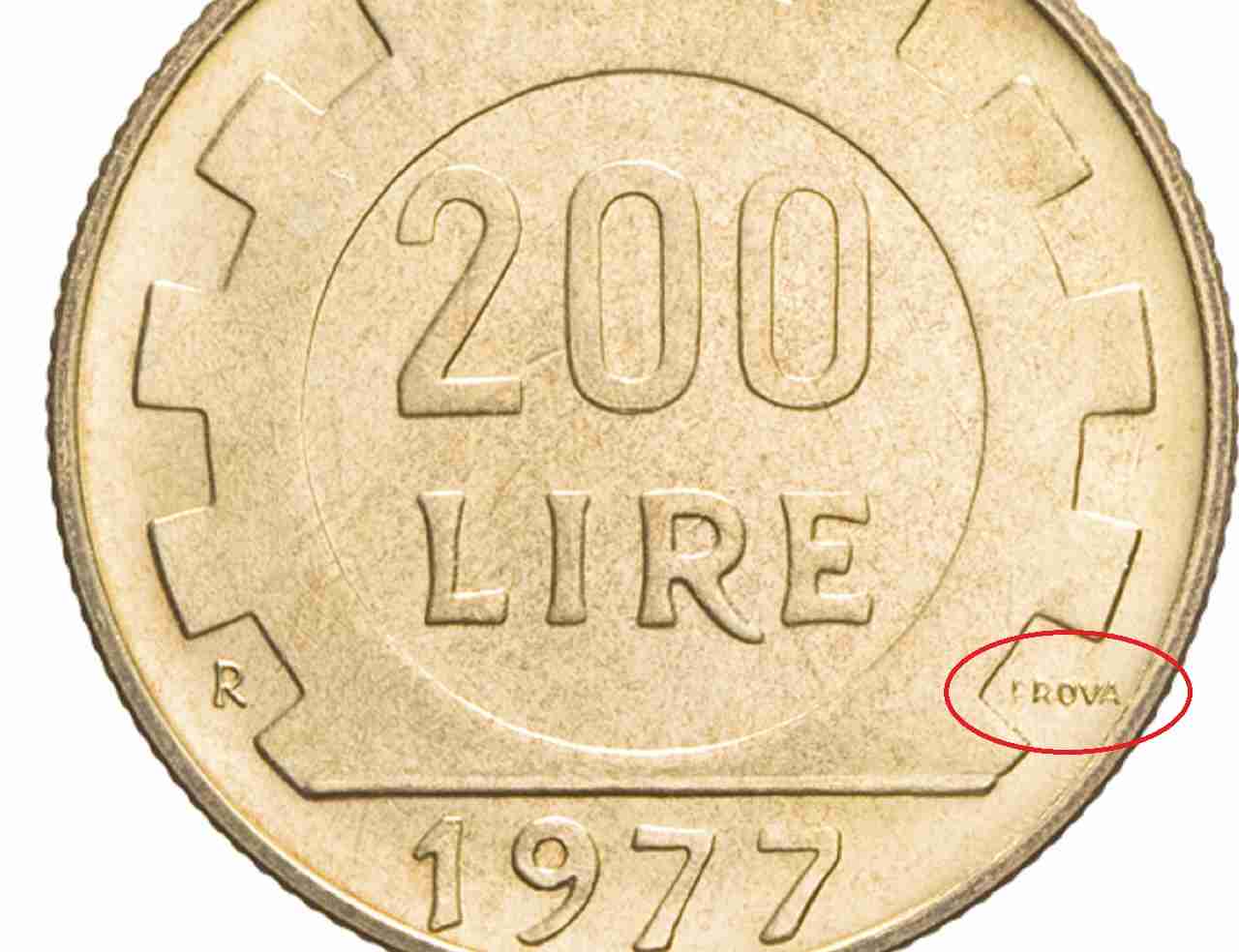