The first images taken by NASA’s James Webb Telescope, the most powerful ever put into orbit, have fascinated and moved much of the world and sent waves of excitement across the global scientific community. The extraordinary quality of the images has shed new light on the origins of the Universe itself and the potential for life on other planets in other galaxies.

The telescope was made possible through a collaboration between the National Aeronautics and Space Administration (NASA), the European Space Agency, and the Canadian Space Agency, supported by the work of more than 300 universities, companies, space agencies, and other partnering organizations.

Dr Tomás Belenguer, Director of Space Optics of the National Institute of Aerospace Technology of Spain (INTA), led the team of Spanish scientists involved in the construction of the telescope. He told SBS Spanish that the James Webb Telescope “brings a deep eye to the origin of the formation of all that has been our cosmos”.

For over five years, Dr Belenguer oversaw a team of 20 INTA scientists, ranging from optical engineers to thermal mechanic experts, among others, who participated in the NASA mission through a European consortium.

Dr Belenguer’s team was behind the telescope’s Mid InfraRed Instrument (MIRI) calibrator, an optical instrument that contains the telescope. It was this which made possible the generation of extremely detailed images since it operates in an infrared wavelength.

The MIRI is between 10 to 100 times more sensitive than its predecessor, the Spitzer Satellite, and boasts an angular resolution of six to eight times larger.

“Having telescopes of increasing capacity allows us to see in ‘space time’, move back in time and know what the structures generated by the Big Bang were like,” Dr Belenguer told SBS Spanish.

NASA has described the James Webb Telescope as capable of offering a “revolutionary new view of the cosmos”, and states that mankind is at a “historic” moment and at the “beginning of a new scientific adventure”.

The James Webb was launched into space on December 25, 2021, and is located in an orbit 1.5 million kilometers from Earth, from which it captures its spectacular images.

The James Webb project took nearly 30 years of work and an equivalent of AUD$14 billion to get into orbit and start imaging. 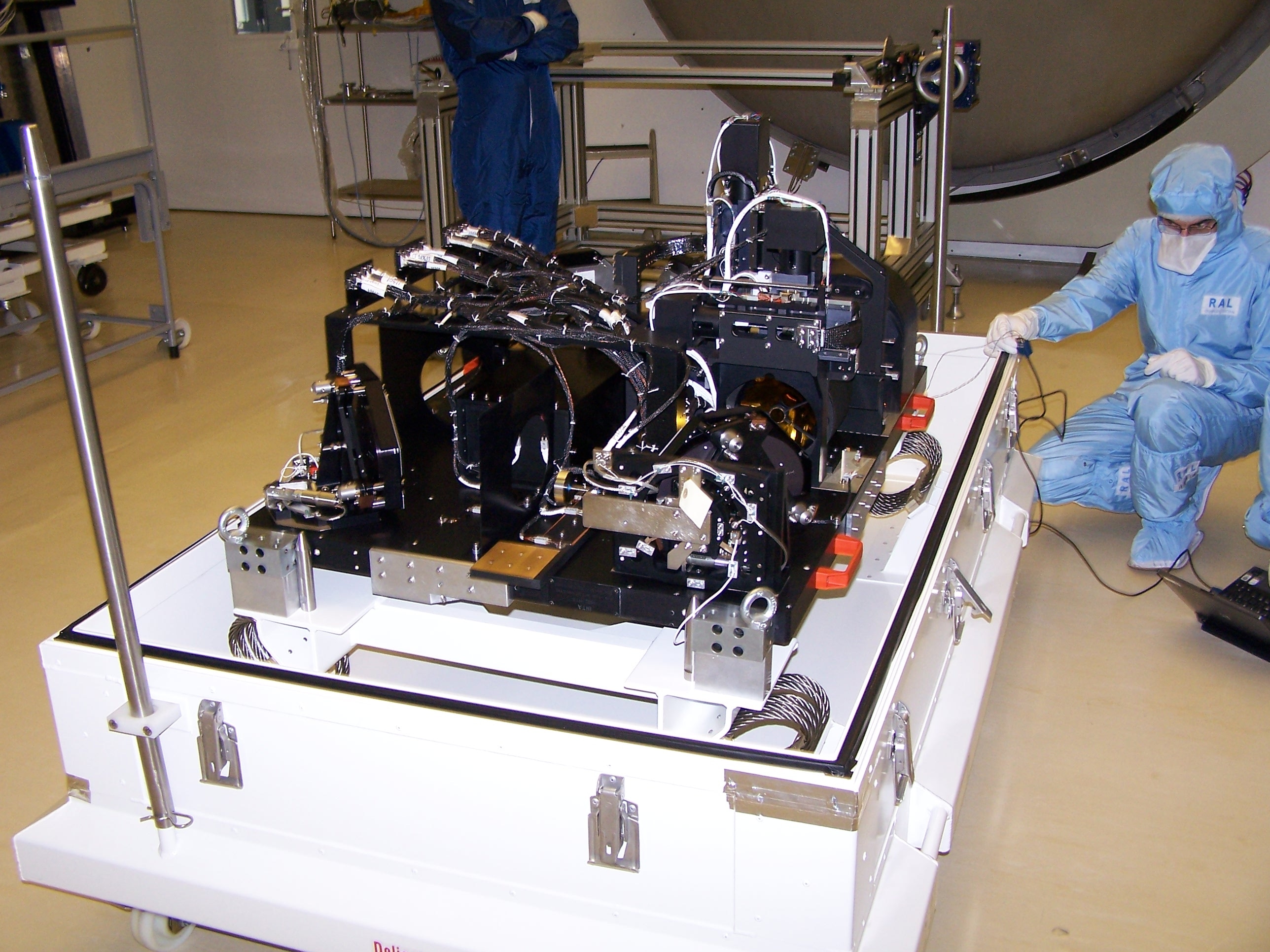 The Miri Telescope Simulator is a crucial element of the James Webb telescope.

Dr Belenguer says his team created the calibrator for the MIRI “under constant stress” since they were the last to join the project and the first to have to deliver their contribution.

“It was more than five years of intense work. We were the last of the scientific groups to join the mission and at the same time the first ones who had to deliver our calibrator so that the MIRI instrument made sense,” he explains.

The MIRI contains a camera and a spectrograph that captures infrared light at much longer wavelengths than the human eye can see.

Operating at these wavelengths is what enables the telescope’s extraordinary sharpness and range.

What James Webb brings is a deep eye to the origin of the formation of all that has been our cosmos. 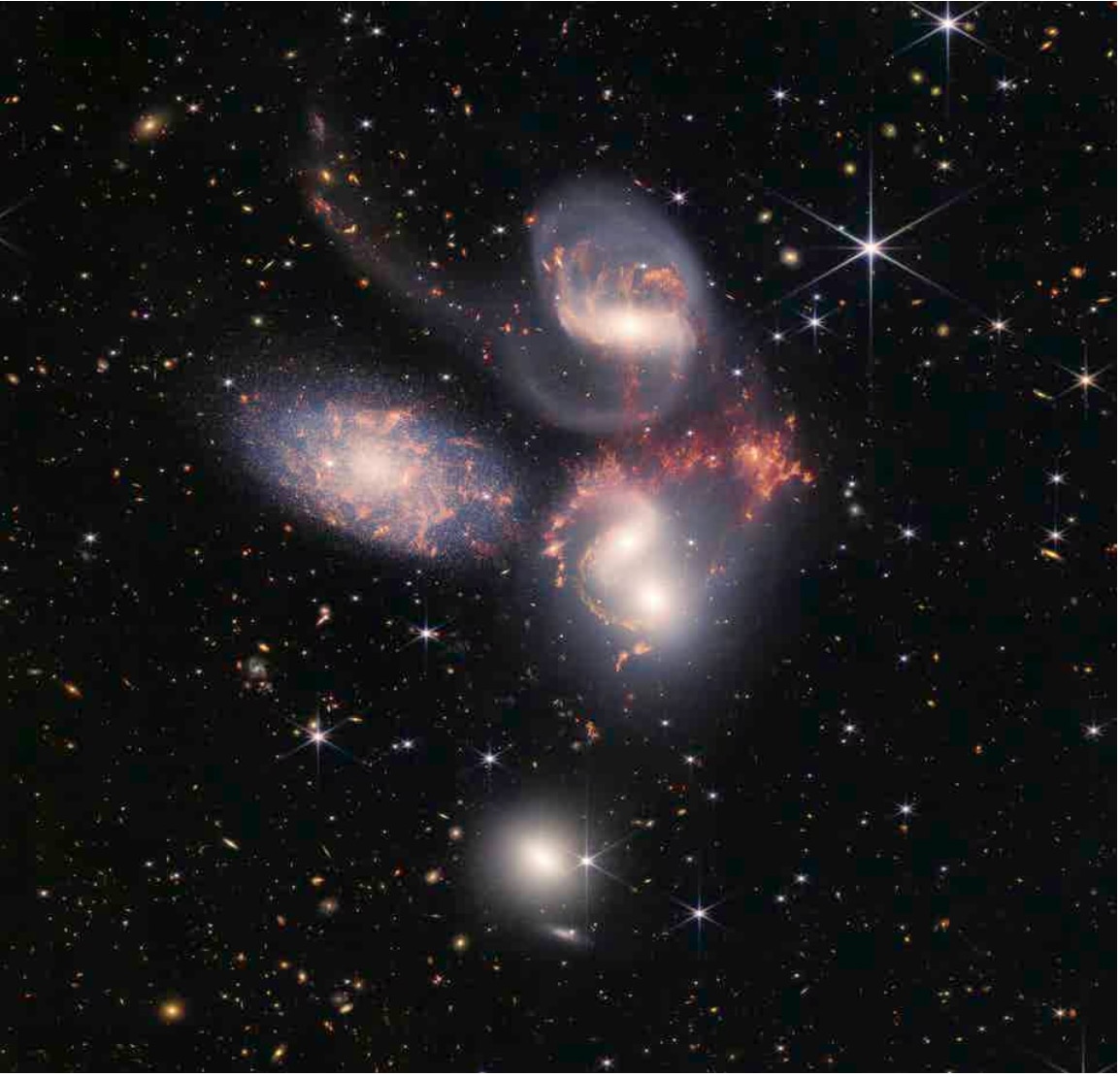 Stephan’s Quintet, a group of five galaxies captured by the James Webb telescope.

One of the first images revealed by NASA details the atmosphere surrounding a hot, inflated gas giant planet orbiting a distant Sun-like star, where water is perceived, along with evidence of clouds and haze.

NASA assures that thanks to the James Webb Telescope, potentially habitable planets could be identified in the coming years, something that Dr Belenguer corroborates.

“We have the tool to understand the evolution of time, if the elements that will later form the phase of what we call life, were already present,” he explains. “We know that with the right conditions and time, life has been generated here on Earth, so it’s logical to assume that with the same set of circumstances, that could also happen on other planets in other galaxies elsewhere in the Universe… and that’s the challenge” Dr. Belenguer adds.

To read and listen to this story in Spanish, click here.