Have you ever wondered why all banks (none excluded) more or less infuriate their customers by binding them with gods halter contractsexploiting them with expenses, confusing them with fine print clauses and penalizing them where they violate rules that they have not understood? Yet an imperative principle of marketing is based on the assumption that customer satisfaction generates trust and trust generates profits. So how can this paradoxical anti-economic behavior be explained? Because, in fact, these behaviors are not anti cheap. Indeed, they make a lot of money. In particular, the banks have discovered that operating in a market that makes a “cartel” to be hated by confused and ill-informed customers, who often end up taking improper purchasing decisionsit can be extremely profitable.

Think, it is just one of the many cases, when you have to choose the current account suitable for your needs: bank customers almost always have to choose between a dozen offers without being guided towards the one that best meets their needs but, on the contrary, they are directed towards more profitable proposals for the bank. And very often, voluntarily (sic!) And formally, the customers they choose the wrong product. In some cases, for example, depending on the minimum balance they decide to leave in the account, the bank pays a certain interest rate and agrees to abolish or modify certain expenses. But consider what happens if a customer doesn’t respect the minimum agreed balance: pays severe penalties and expenses.

Banks, 4 million citizens without branches in the municipality of residence. But digital does not take off: Italy is at the bottom of Europe

Not only that, but if it goes far above the minimum, it finds itself perceiving a lower interest to what he would have gotten with a different type of checking account. And even in this case the company wins and the customer loses, whatever the direction of his mistake. Or think about the profit potential of the penalties on which banks have practically based their own exploitation strategies of customers. I saw with my own eyes – just read I know and I have proof – for example, when a bank calculates the customer balance at the end of the day on the basis of the movements (credits and debits) detected: it debits the checks in order of size, starting with the most consistent, rather than in chronological order. This increases the likelihood that residual checks are uncoveredallowing the bank to let the customer go “in red” even for a few euros, thus paying hefty penalties.

Likewise customers who they use the ATM, for example, they may find themselves in a position to withdraw “a little something” more than available without being formally notified before carrying out the operation. But rest assured that immediately after the withdrawal the notification arrives, in the form of a penalty. The banks, all the banks, they consciously and cynically exploit customers so. They are even aware that with this approach they are perpetually subject to the repressed hostility of customers, who could retaliate at any time with negative or at least sarcastic word of mouth, court cases and defection. But they are not crazy, nor are they naïve with a short-term vision. Banks that extract value from customers as part of a conscious strategy they know what they are doing.

And this awareness comes from a tacit agreement in the context of a cartel (agreement between several independent producers of a good or a service, aimed at implementing strategies that tend to limit competition on the market). Because such a mechanism can only work if a whole commodity sector “deceives” the consumer. In fact, when a player appears on the market who – by innovating and breaking the rules – offers a more satisfying product, the ranks of unhappy and angry consumers abandon the old road to the new. 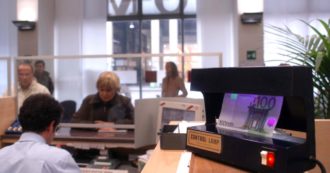 Current accounts, management costs (including online ones) and card fees are on the rise. Here’s how to choose the cheapest offer

What if in the banking marketone, I say only one, really presented himself in such a way fair and transparent in the eyes of customers, it would have 100% of that market share and would throw all the others that, in the meantime, would not have adapted. If the organs of antitrust control were really aware of the low levels reached by the customer satisfaction indexes of banks and wanted to guide credit institutions to be customer oriented, they should pose four fundamental questions to their managers:
– You have clients profitable and dissatisfied?
– You have rules that you want to make customers violate because this generates gods revenues?
– You have rules that are so difficult to understand that, in fact, they confuse the customer who is not aware of the risks who runs violating them?
– Do you have contracts that prevent customers from withdraw?

I assure you that 100% of the banks of our system would answer yes to at least one of these questions.